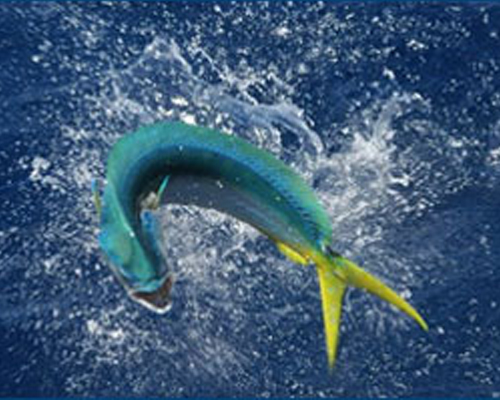 We fish year round out of Key Biscayne and depending on the season there are always fish to go after and different methods to pursue them.

Winter is when we often find the largest fish. Sailfish and cobia patrol the shallow waters out to the edge of the reef where they are met by kingfish, wahoo, scattered dolphin and the occasional yellowfin tuna. The wrecks hold a variety of jacks, sharks, groupers and snappers.

Spring is when the greatest variety of fish abound in these waters. Sailfish, kingfish, bonita, cobia, jacks, dolphin, wahoo, tuna, sharks, grouper, snapper and many other types of fish are all a strong possibility. It is not uncommon to catch as many as ten different species in a single day.

Summer is when we normally see the calmest seas of the year. Dolphin (mahi mahi) are in full swing offshore along with wahoo, tuna and the occasional marlin. Inshore bottom fishing can be good over the reefs and kingfish and bonita provide plenty of action.

Fall fishing can be fantastic. Sometimes dolphin fishing is better than in summer and the wahoo bite almost always is. Bottom fishing is usually good along with the kingfish and bonita and the sailfish begin to show up.

Swordfish can be caught year round and we have caught them every month.