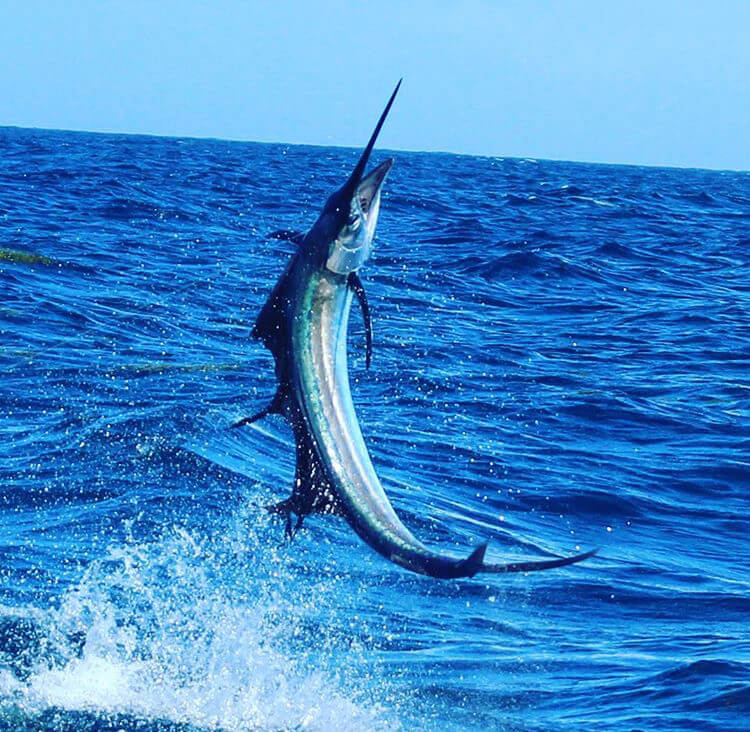 The fishing had been very good and with brisk north winds there was no reason for it to slow down! After catching bait, we decided to look for tailing sailfish right off the bat. Within minutes we spotted a pair of sails and Mike presented two baits with pinpoint accuracy. Both fish raced over and engulfed the frisky live baits. The brilliantly colored billfish put up a tough battle, but were released quickly to fight another day. We resumed our hunt and just like before, we found two more hungry sailfish that were quickly released. For much of the morning our team continued sight fishing the sails until the wind switched out of the east. It was time to put the kites up. Before Mike could get all the kite baits out, we hooked a triple header of sails! I was in awe of how smooth everything was going and how easy Mike made it look. Over the next hour our anglers for the day caught 8 more sails and a couple nice dolphin. By now everyone was tired and relaxing in the air conditioned salon of the L&H. I asked if we could put the baits out one more time and they agreed. Minutes before it was time to go, two feisty sails came to the kite baits. As we had done so many times that day, we hooked both fish and Mike coached our anglers so they were able to release both fish successfully!! This made an incredible 20 sailfish releases out of 20 sailfish bites. It was truly an amazing day and one we will not soon forget!