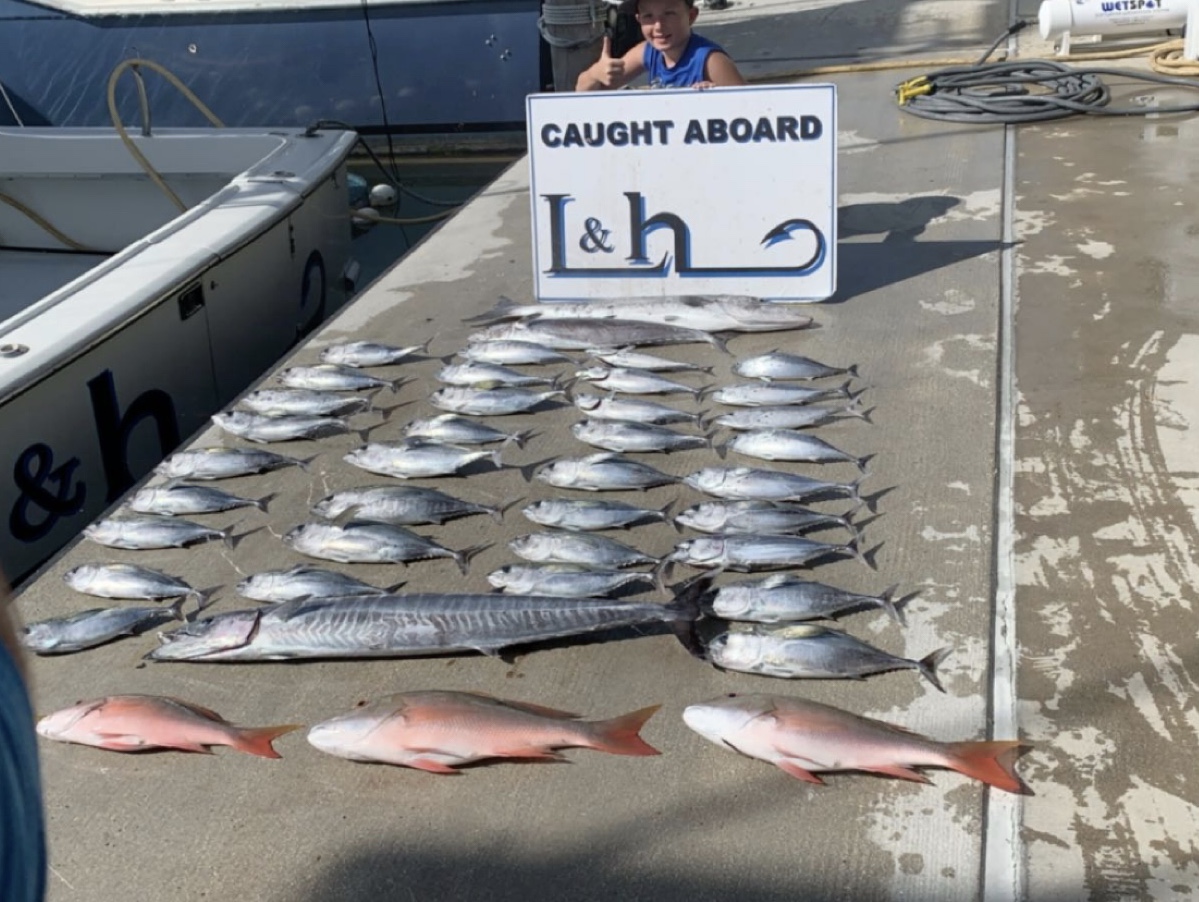 8 year old James Dean came from Michigan with the dream of catching a sailfish on the L&H, he caught three of them in one day was back to try his luck again. This time we got an early start and ran straight to the edge of the reef. Right away, we started getting bites, JD caught a nice kingfish and a couple of bonitas to start the day. From there we pushed offshore to see what else we could get into. Laurel and I rode in the tower, searching for signs of life, when we spotted splashes off in the distance. A sure sign of tuna in the area. When we got close to the splashes we began getting bites and JD began catching blackfin tuna! The tuna were biting one after another and our young angler battled the scrappy blackfins like seasoned pro. Double and triple headers were the norm rather than the exception and in short order JD had nearly two dozen of the tasty tunas in our icy hold! It was time to leave the tuna and go try some bottom fishing. On the way back in we got a big strike on the left long. Still tired from the tunas, JD jumped on the screaming rod and went to work on the fish. When the fish got close, I looked down into the water and saw the zebra stripes of a nice wahoo! A few minutes later the delicious tasting wahoo joined our growing catch in the fish box. The snappers cooperated for us and James caught three beautiful muttons before it was time to head in. We were so thankful to be able to put James Dean and his family on a good variety of nice fish. We wish JD and his family all the best in the future!