James Dean gets his wish! 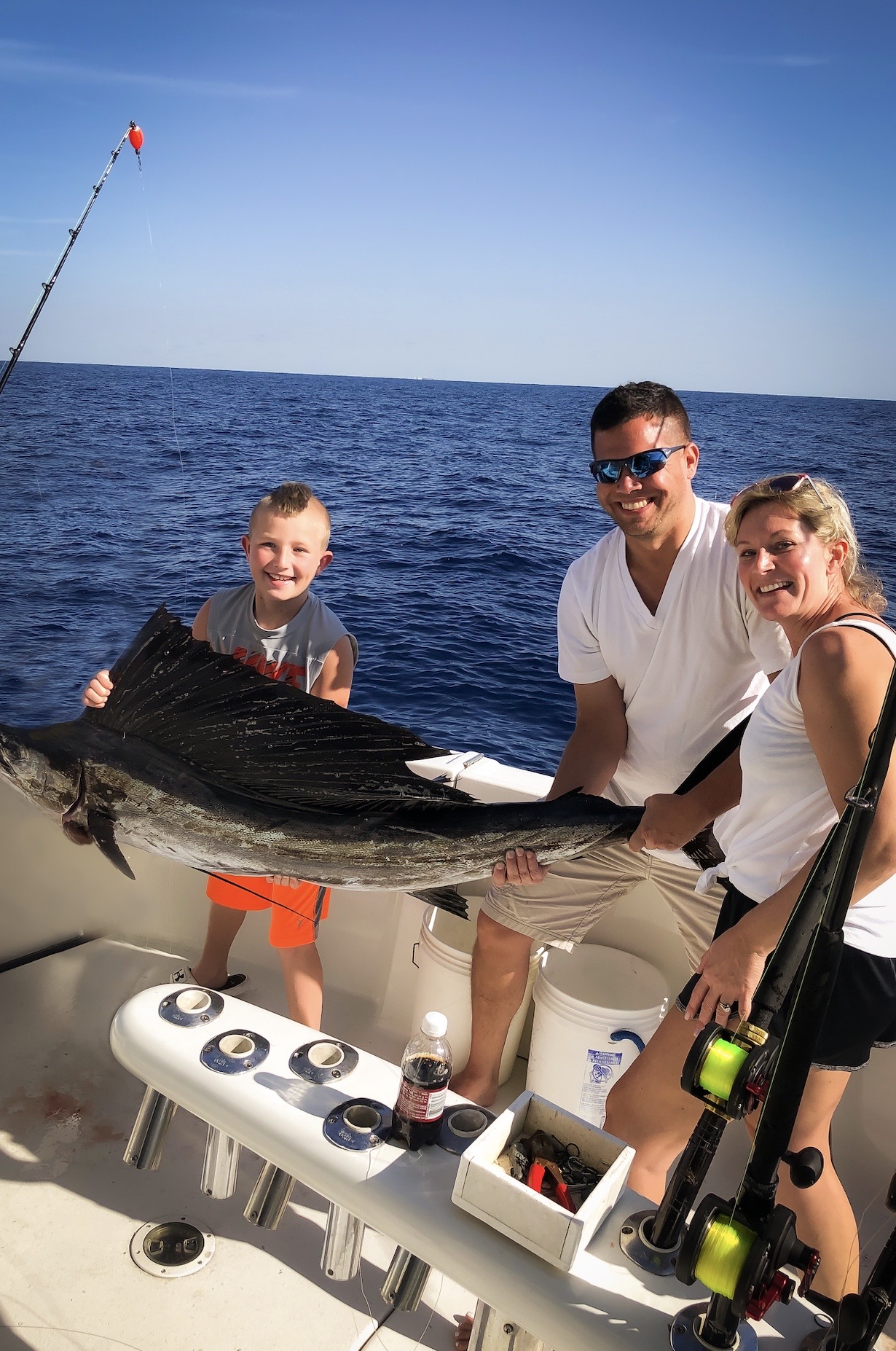 8 Year old James Dean lives in Michigan and suffers from terminal brain cancer. His dream is to catch a sailfish, so some great people booked the L&H for James to try and give him the opportunity of a lifetime! It was hard for me to see such a good looking boy with this terrible brain cancer. None the less, I was determined to get this boy his wish. We had bait already so when James showed up with his mom and his dad, off we went. The weather was beautiful, calm seas and light winds (not the most ideal conditions for sailfish). Helium balloons were fixed to the kites to help keep them aloft in the light winds. Out went the baits and we waited for a sail to show up. Nothing for a couple hours, as I searched from my perch in the tower for anything that might show any kind of sign of a sailfish. All of a sudden, several hundred yards off the bow of the L&H a school of frantic ballyhoo began jumping to elude a predator. From the way the ballyhoo were acting, I was sure it was a sailfish chasing them. The throttles went forward as the custom 46' Hatteras raced toward showering ballyhoo. 2 Sailfish were zipping around chasing the ballyhoo. GET READY I cried from the tower as the boat came into position. Troy flipped a live ballyhoo in front of the rapidly moving sailfish and it raced over and engulfed the bait immediately!! Then the other sailfish rose up and ate our left middle kite bait. We were now hooked up to two sailfish and young James Dean sprung into action. We maneuvered after the fish on the kite rod first, letting the second fish run off the bow. James battled his first ever sailfish and with shear determination and was was going to land his catch no matter what. Fifteen minutes later, James had his sailfish at the boat for some pictures and a successful release! Without hesitation, JD turned to the second sailfish and went to work on it. Again, James was able to have his sailfish boat side in about fifteen minutes, managing a successful release of both ends of his double header sailfish!! What an experience!! Everyone on board was ecstatic, especially James Dean!! I was so excited, happy, thankful and relieved all at the same time!! Young JD would finish out the trip releasing yet another sailfish, a few big barracudas and also boated a nice blacken tuna. It was truly an amazing day for James and his family and a day none of us will ever forget!!