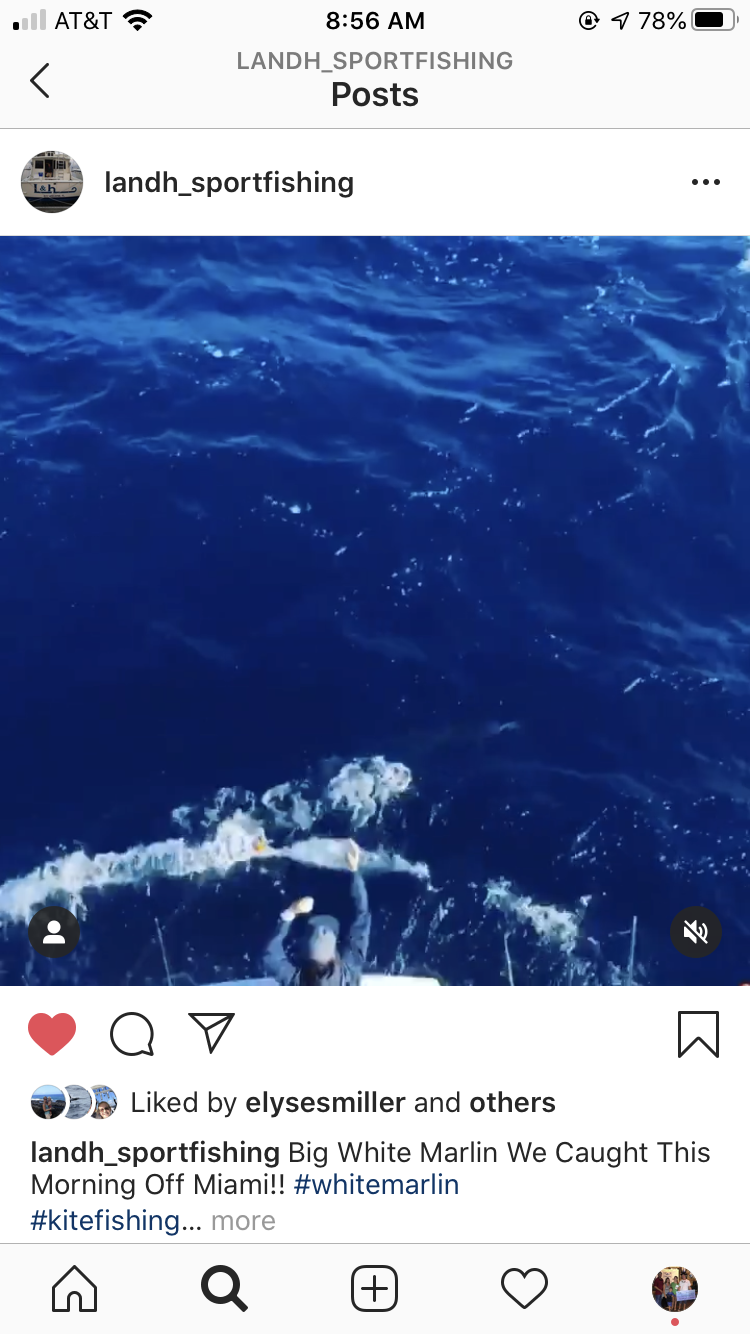 We had a morning half day with a father and son. After catching bait we ran out to the edge. The wind was light out of the north and there was a slow current. The kites went up and all of the baits were deployed. Shortly thereafter, I saw a big flash on the right short!! I yelled from my perch in the tower to alert the crew and angler. Then I saw it, the round dorsal fin, a tell tale sign of the white marlin, Its a white!!! I cried from the tower as the sneaky fish circled around and around the hapless thread fin herring we were using for bait. Finally, the marlin engulfed the bait and began tailing down sea. James dropped back and handed the rod to our angler who reeled tight and hooked the fish. I put the boat in reverse and leaned on the throttles as the majestic white marlin greyhound down sea. We chased the fish as it did all he could to get away, but that was not going to happen, as luck was on our side today. After a short battle, James reached out and grabbed the leader signifying an official catch. Shouts of joy and excitement echoed all around the boat as the beautiful fish continued a spectacular series of jumps I contemplated boating the big fish as it was over 90 pounds, (very large for a white marlin), but she was too pretty and in perfect shape for release. When James got the leader again he gently pulled the fish alongside the boat and cut the leader to set the fish free to fight another day. It was the first white marlin caught off of Miami in 2020 and one we will not soon forget! Check out landh_sportfishing on Instagram for a quick clip of the catch.