Home  ›  Our Blog  ›  Christopher Marlin gets his 1st Sailfish

Christopher Marlin gets his 1st Sailfish 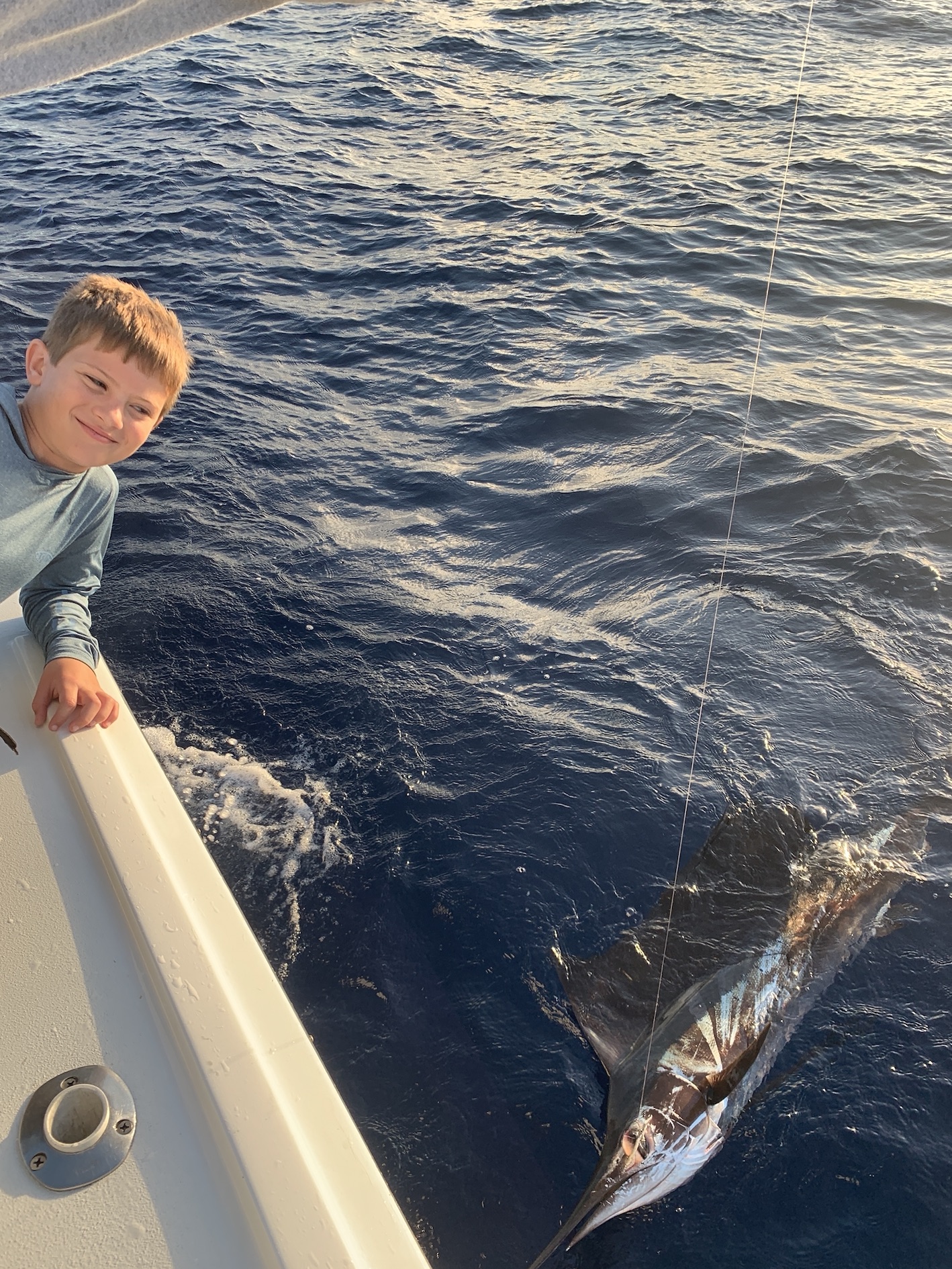 Our youngest son, 8 year-old Christopher Marlin David has been dying to catch a sailfish. We had the afternoon available and with great conditions offshore, loaded up the family and headed out. With a hard north wind and a strong north current, conditions were perfect for sight fishing for tailing sails. As soon as we hit the edge I spotted a big bluefin tuna tailing down sea, although an awesome sight to behold the big tuna had no interest in eating. With my oldest son James and daughter Laurel in the tower we decided to get on the move. Riding and looking for fish on the surface and then presenting baits to them, sight fishing as we call it. The first sailfish we found, Laurel spotted, was very hungry and came racing in on the hapless live bait as soon as it hit the water, unfortunately for Chris, luck was not on our side for this one as the main line parted after a few jumps. Not to be dismayed, we continued on the hunt. Almost immediately found two more sails. The baits went out and within seconds both fish were hooked up! Moms fish went off the bow as we concentrated on Christopher’s fish first. With sheer determination Christ battled the angry sail as the L&H charged backwards in hot pursuit. After a quick fight, young Chris had the fish boat side for a clean release of his first ever sail. Shouts of joy and excitement filled the air as everyone was so happy and proud of Christopher and his first sailfish! The 8 year-old angler would go on to release two more sails using light spinning gear, giving him a total of three sails and 5 for the boat in total in just a few short hours of family fishing.

Go check out our youtube channel for an awesome video of Christopher catching his first 3 sailfish! https://www.youtube.com/watch?v=k1R3flQscVY