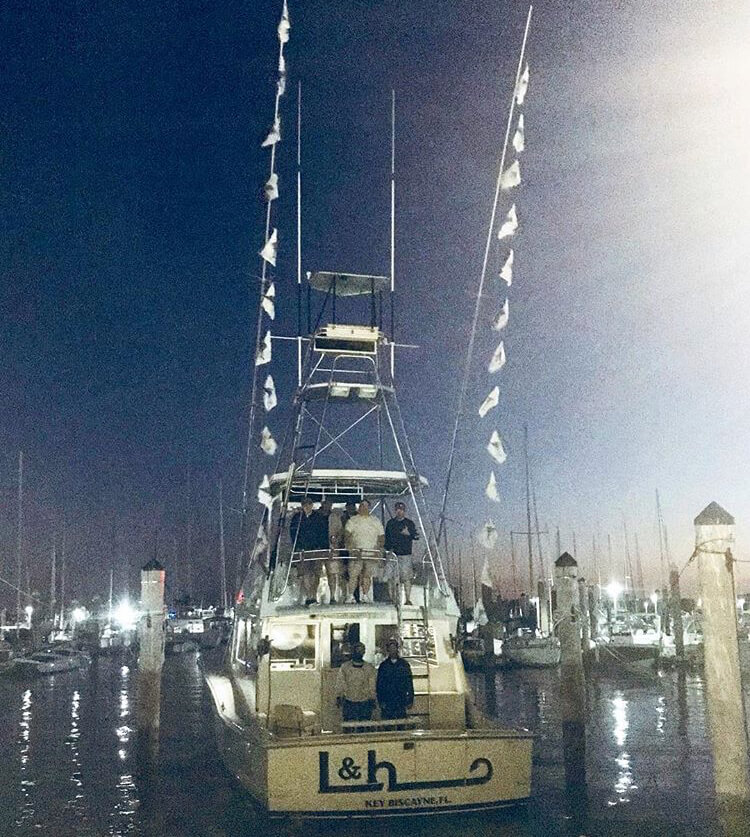 With west winds out of the north and clear skies everyone was excited about what the day aboard the L&H might bring! We left the dock eager with anticipation and as we crossed over the edge the conditions looked promising. As soon as the baits went out they were bit immediately. First, the right short, then right middle and just like that our team was hooked up to a double header sailfish! Both fish danced across the surface of the water as the morning sun peered over the horizon. Our anglers successfully released both ends of the double header sailfish and the action would remain hot for most of the morning. Singles, doubles and triple header sailfish were the norm rather than the exception and the crew stayed busy releasing fish and resetting the lines. Around midday the action slowed and we moved up the line a few miles. Once again the kites were set out and the sailfish came up to feed! With several multiple hookups, we had released 10 sailfish before the wind completely died. Two helium balloons were used to help keep the kites aloft. I decided to run back to where we started in the morning in hopes of catching sailfish number 20. It was the right move! In the last half hour of the day, our crew successfully released 7 sails to bring the total to 26 sailfish releases for the day! It was an outstanding day of sailfishing aboard the L&H and a day our clients will not soon forget!