Great Day For Leo And His Crew 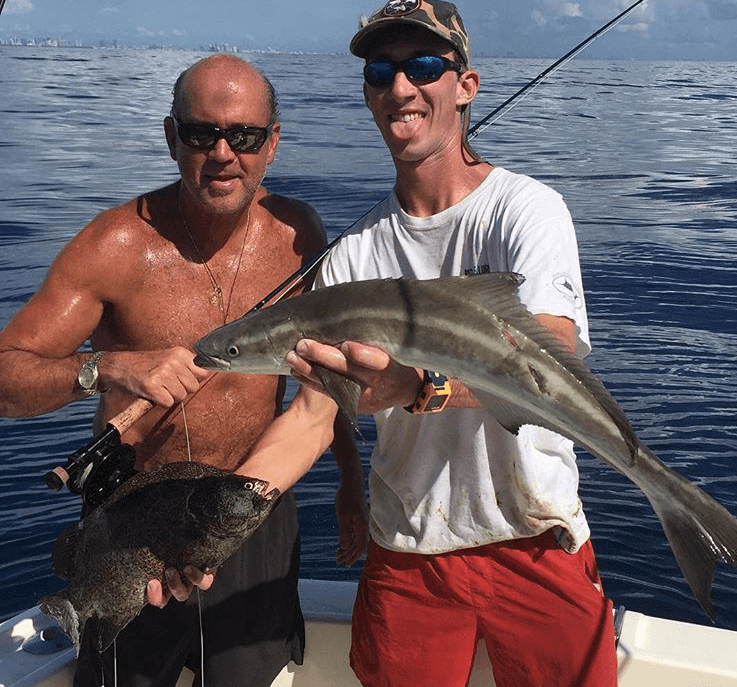 Our friend Leo chartered us for a full day with some of his friends and we were excited about the possibilities! Leo likes to get an early start so we were the first boat out! The weather was beautiful as we ran to the bait spot. Being the first boat to the bait patch is always nice and in short order we had what we needed for the day. With a baitwell full of frisky live baits the L&H headed offshore to the gulf stream, armed and dangerous! Just a couple miles inshore, of the spot we were planning on starting at, I spotted some birds on the horizon! As we got closer, I could see a frigate and a few terns working over some fish! "This is convenient" I thought to myself as I climbed the tuna tower to get a better look! As the boat slowed down, I could see a nice school of hungry mahi swimming on the surface! The crew sprang into action and soon there were colorful mahi being hooked up left and right! As more and more fish showed up, it seemed like the perfect time for Leo to try his luck with the fly rod. Leo made a great cast and within seconds a nice size mahi raced in and devoured the fly! After some great angling by Leo, and a lot of maneuvering around other hooked fish, he brought his mahi to gaff! We stayed in the school for a while and boated a bunch of mahi including several on fly! With most of the other boats still scrambling for bait, we were in the meat and off to a great start! Our team continued to pick away at mahi all morning as the L&H worked to the south. Just before noon I spotted a piece of debris off in the distance. As we got closer, I could see plenty of mahi and a cobia swimming by the floater. Leo quickly hooked the cobia and shortly thereafter boated a nice triple tail! Leo and the crew stayed busy with mahi and also caught a bunch of black jacks for good measure! With a bunch of mahi and black jacks in our icy hold, it was time to switch gears and do some bottom fishing. The boys got the rigs ready and when we made it to the spot, the lines went out immediately. As soon as they hit the bottom, we were bit immediately! Soon, the brilliantly colored rose fish were coming over the rail at a feverish pace! The crew worked hard to keep the rigs going in and out and in no time at all there were several dozen rosefish in the box! With a bunch of fish to clean and pictures to take, everyone agreed it would be a good idea to head in a little early! It was a great day for Leo and his crew aboard the L&H and everyone went home a little sore from catching fish as well as big bags of fillets for dinner! 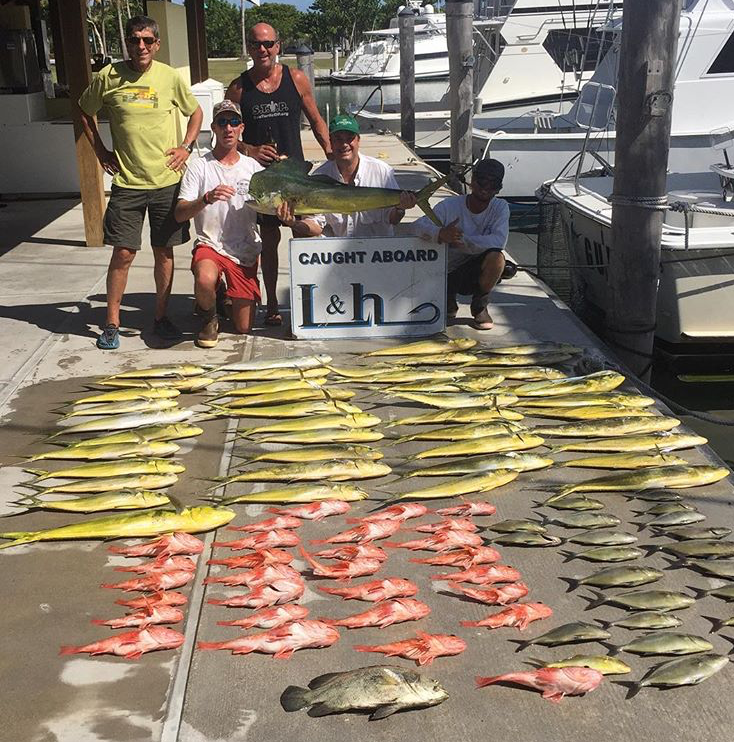