Max Gets A Shot At A Big Mako 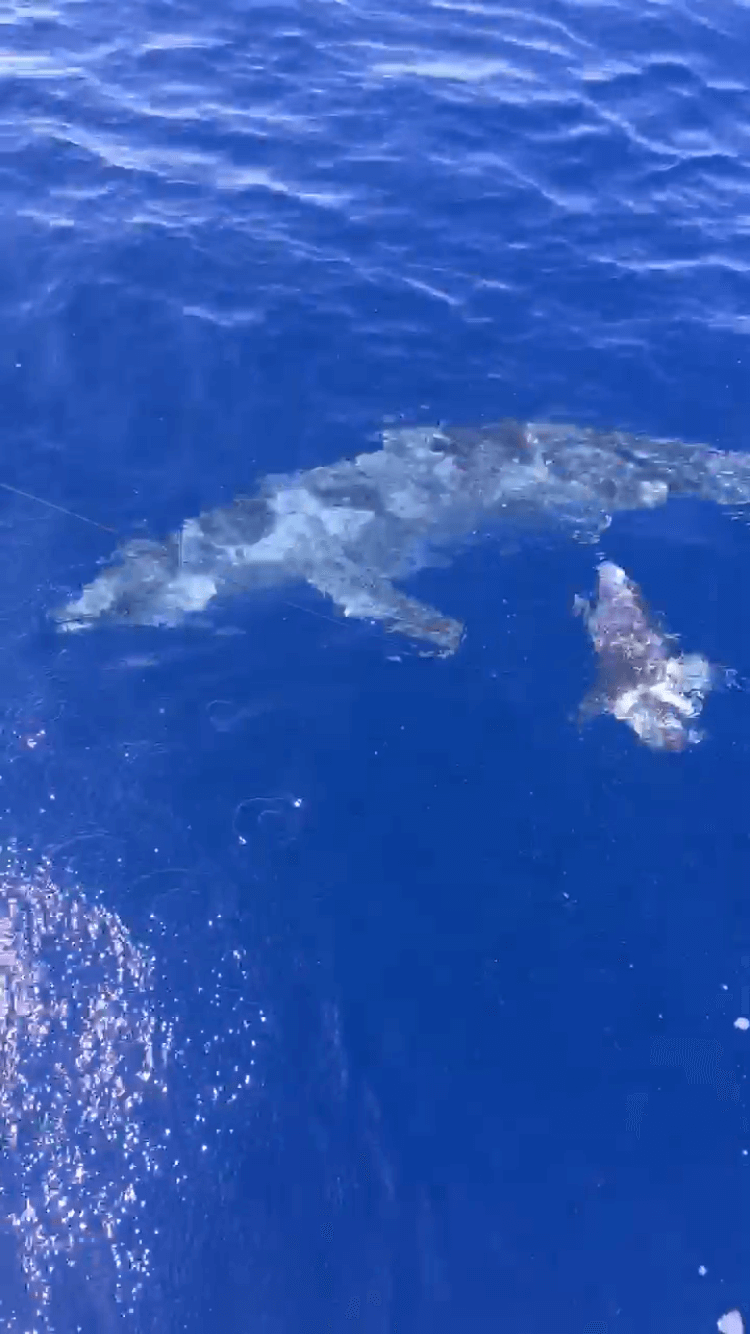 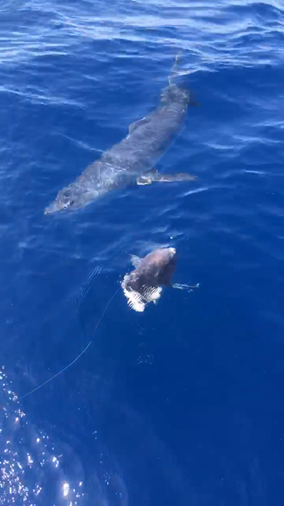 We had our friend Max out one sunny afternoon for a half day of charter fishing. The weather was gorgeous so the plan was to head offshore and see what we could find. About seven miles offshore, we had a double strike! Two rods bent over and started screaming! Moments later two big dolphin erupted from the calm, blue water of the gulf stream. Max had his hands full as he battled the first fish to gaff. With the first end of our double header secure in the icy hold it was time to turn our attention to the second fish! Unfortunately, after long battle, the scrappy mahi shook its head and spit the hook just a few feet from the boat. Nevertheless we had secured dinner for Max and resumed our search. With promising conditions, I suggested we try some deep dropping. Arriving at a spot chosen some thirteen hundred feet above the ocean floor, the rig was sent to the bottom. The team did not have to wait long for a bite! The rod bent over sharply from the pull of a nice fish almost a quarter mile below and the fight was on. One of the coolest things about deep dropping is the fact that one can never be sure what kind of fish will come up! As everyone peered down into the calm, clear, cobalt blue waters of the gulf stream there was something extremely large at the bottom of our rig. When it got closer, the shape all of us were looking at was a big mako shark eating the fish that was originally hooked. Without hesitation, we pulled what was left of the mangled bottom fish quickly into the boat. The angry mako circled around the boat looking for the rest of his meal. Immediately, the remainder of the fish went back over the side, except this time it was attached to a heavy duty shark rig! The brilliant blue, short fin mako shark circled the bait relentlessly, but refused to eat it. It seemed as if Mr. Mako could tell something was not right with the rest of its meal. For several minutes, we watched as the mako circled its prey, a truly amazing sight! It would go out and come back in then go out and come back in over and over again. Finally, the pointy nose mako shark could not help himself any more and swam casually over and engulfed what was left of the deep water bottom dweller. Line slowly came off the reel as Max free spooled to give the shark plenty of time to swallow the bait. When he engaged the reel to strike the fish, the big strong hooks dug in and the speedy, streamlined mako shark was off to the races! Line came off the reel at a blistering rate as the shark raced for the depths. The crew and I readied gaffs, a harpoon, and tail ropes fully aware that we could possibly be in for a boat side battle! Much to the dismay of everyone onboard, the clever shark rolled itself up in the leader and parted it off. Just like that the fish was gone. It was a tough break, but we were thankful to have seen the fish in its natural habitat. After regrouping, we ran back to the spot and caught several nice barrel fish. We managed several more nice mahi on the way home to finish out another exciting day of sport fishing on the L&H!