Max Has a Great Day 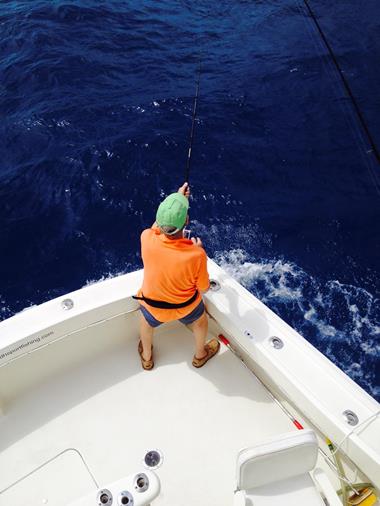 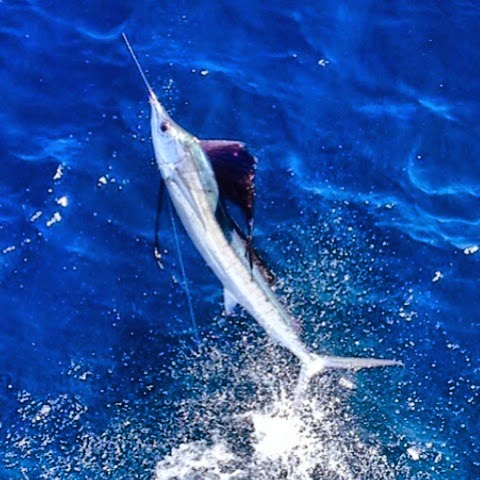 We went charter fishing that morning and the conditions were great! Our group from the morning trip managed to release eight sailfish so needless to say, I was chompin at the bit to get back out there! There was still plenty of bait so, the plan was to head strait out and start fishing right away! It wasn’t long at all and we were back to the edge and the kites went out. Before the crew was able to get all the baits out we hooked a triple header sailfish! This was just the start I was hoping for! Max was able to release two of the three sailfish and again the baits went back out. Before all the baits were out, two more sailfish were dancing behind the L&H!

After releasing both ends of the double header, I ran to the south to get back in front of the fish. The wind was starting to die so the kites were barely staying up. Max managed two more sailfish releases before the wind stopped and now we were at six releases for only a couple hours fishing! While the guys were working on a helium balloon (to keep the kite aloft) I spotted a free jumping sailfish. Seconds later, we were in position and the second the first bait hit the water a sailfish came up and devoured it! Hooked on light line, this sailfish took off greyhounding for the horizon! Although the fleeing sail did its best, it was no match for the L&H! The maneuverable Miami Charter Boat charged back on the suborn billfish and before long, our mate was able to successfully release our seventh sailfish of the afternoon! Now it was time for the helium balloon to do its job! After only minutes of waiting, Max hooked a sail on the kite and was able to catch and release the fish rather quickly. After that, the L&H was still in a good spot and so out went the baits. Again, Max hooked up right away, but this sailfish was much tougher, and it was a long fight. Finally, Max had his ninth sailfish of the afternoon at boatside. Max was very satisfied with his day and at the same time exhausted! I wanted Max to get to double digits, so we raced back to set up one last time. As soon as the first bait went out it was eaten by a hungry sailfish! We backed down quickly on the sail and my good friend Max released his TENTH SAILFISH of the afternoon! I was so very happy and proud of him! It was an amazing accomplishment and an action packed afternoon that none of us will soon forget!