Ronnie And Richie Have A Great Day 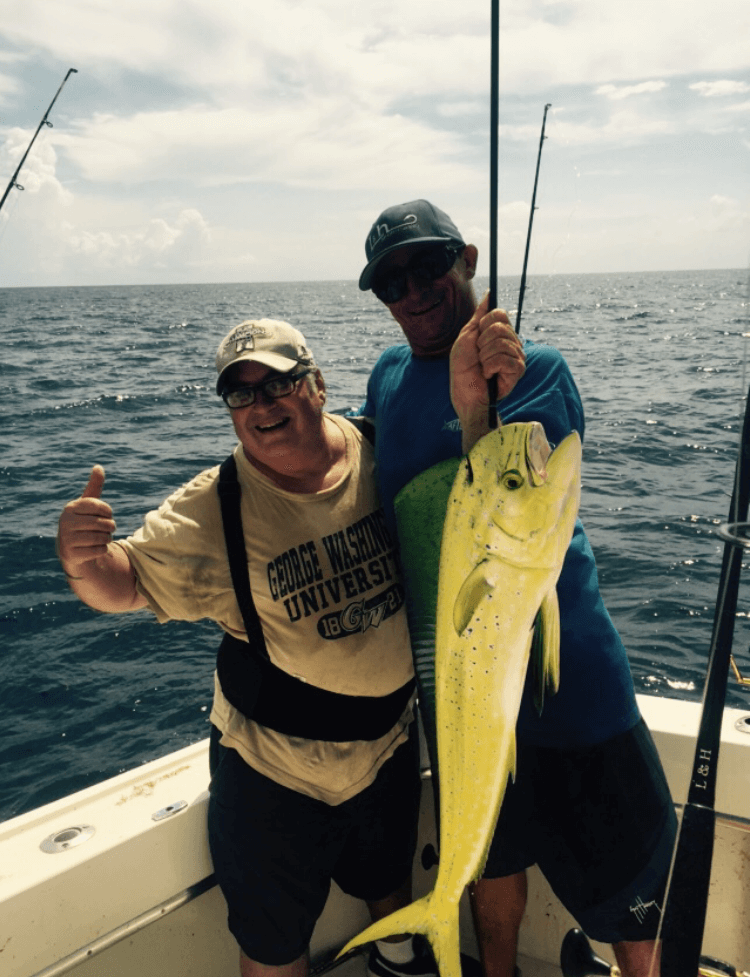 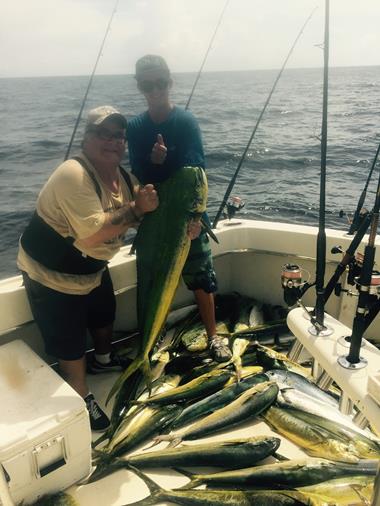 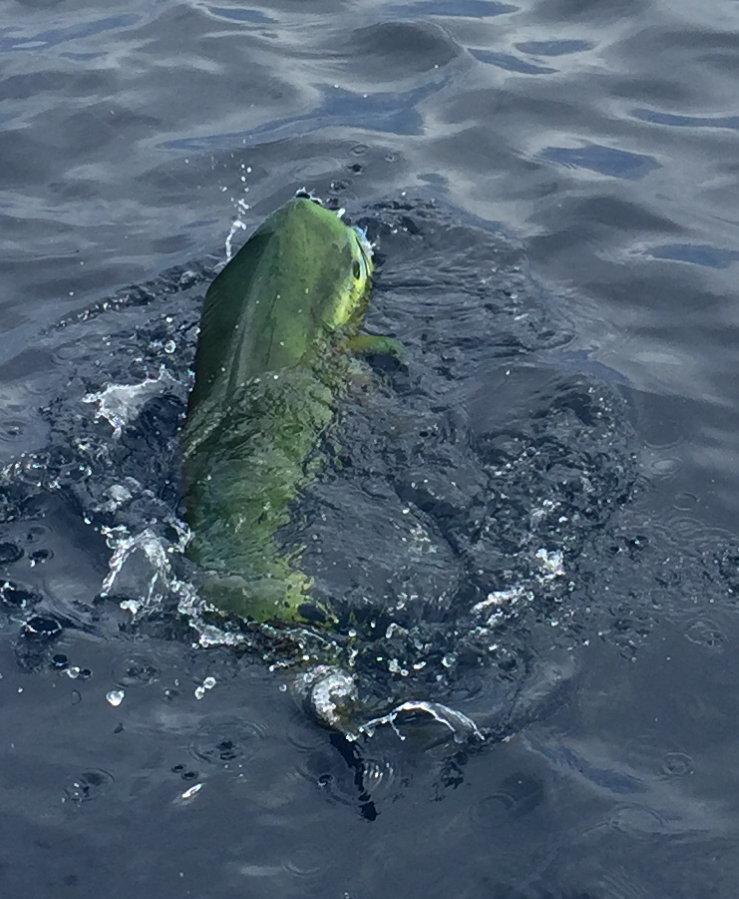 Our friends Ronnie and Richie have been fishing with us several times in the past few months. We really appreciate the fact that they keep coming back to fish with us so we wanted to do everything in our power to insure they had a great time! The day before the trip, our crew caught bait and worked on all the gear to make sure everything was in good order. The L&H got an early start and headed straight to the fishing grounds. Lines were set as the sun was coming up, but unfortunately no early bite today. After pounding the edge for a while it was time to work our way farther offshore. Finally we got a good bite on the long rigger and Ronnie went to work. From the way the fish was acting I was pretty sure it was a tuna. Not long after, Ronnie had a nice blackfin tuna to gaff! Continuing offshore, it wasn't long before I spotted a big weed line on the horizon! The area looked great as the crew began to pick away at smaller size mahi. Traveling south and into the current the conditions kept getting better and better. Birds, bait and game fish all cruised the weed line and it wasn't long before bigger and bigger mahi began to show up. Richie and Ronnie battled the hungry mahi and the action was nonstop! The fish were all ten to twenty pounds and these scrappy fish put up a great fight on light spinning gear! For a couple hours, the team was having a mahi mahi free for all! It was so much fun, everyone was having a ball! I knew we were getting close to the limit so I had everyone take a break and cool off in the air conditioned salon! A final count revealed we were one fish shy of the limit! Ronnie quickly added another fish to our tally and it was time to try something else. We headed back inshore to try some deep dropping! Conditions were less than favorable, as the current was very strong! Nevertheless we decided to give it a try anyway. It was nearly impossible to fish, but somehow we were still rewarded with a few rosefish for our efforts. By now it was early afternoon and with a box full of fish everyone agreed it was a good day to head in a little bit early. The guys relaxed inside the cabin on the way home after another great day of Miami charter fishing on the L&H!