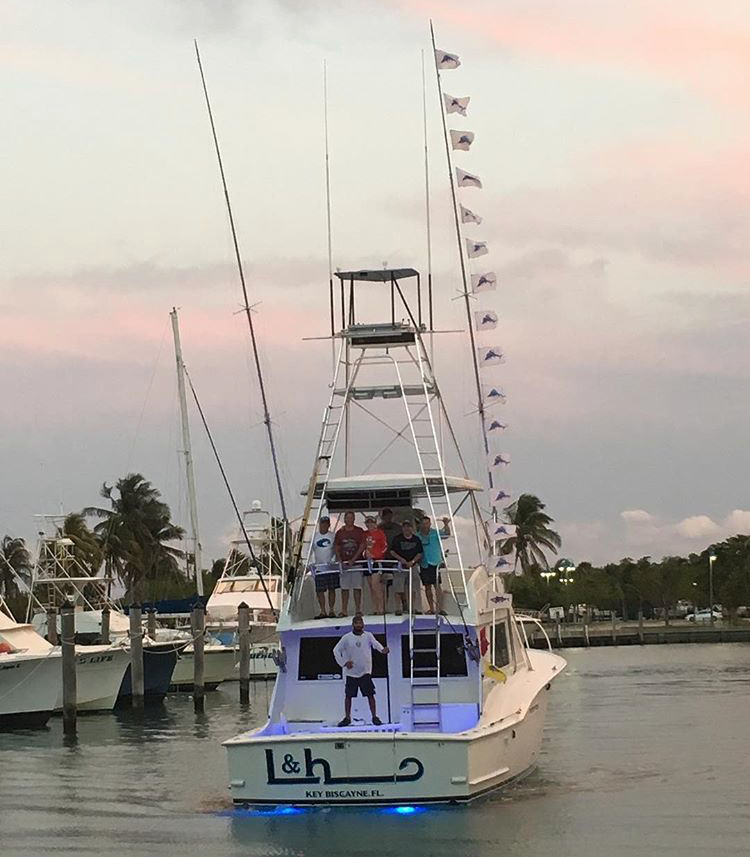 With winds out of the north, our plans for the day were to take a look offshore and then hit the edge in the afternoon. Our clients for the day were eager to do some Miami charter fishing so it was off to the gulf stream. Once the L&H reached 1000 ft of water off of Key Biscayne I spotted a lone frigate bird off in the distance. As we got closer, the blueish color of a nice mahi caught my eye. Quickly I instructed baits to be presented as more and more fish began showing up. For the next twenty minutes the team worked together to put 25 nice mahimahi in our icy hold. Once we got going again the left rigger took off screaming. Our angler did a great job and after a good battle we added a nice wahoo to our catch. Now it was time to turn our attention to the edge. The conditions were perfect for tailing sailfish and it wasn't long before we started seeing them. For the next few hours we rode around looking for sailfish and casting baits when we found them. Multiple hookups were the norm rather than the exception and by 4:00pm we had released 12 sailfish. Time was running out on out day so we decided to put the kites up for a little bit. Kite fishing proved to be the right decision! In short order we caught two nice blackfin tuna and 3 more sailfish. What a day of charter fishing on the L&H! Dolphin (mahi), wahoo, tuna AND 15 sailfish!! #springfishing