First Blue Marlin of the Year 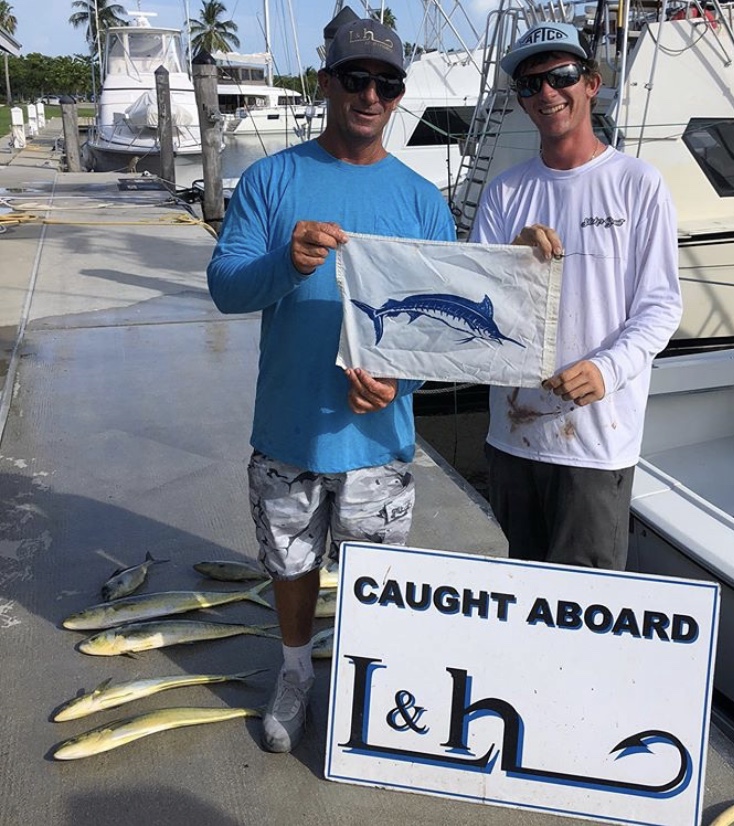 It was a typical summer day with light winds and calm seas. The mahi-mahi fishing had been fair at best with the majority of the fish being small. The few keepers we caught had to be measured to ensure legal size. Around lunch time we were in about 1100' of water, southeast of Fowie Rock Light. I had just come down from the tower for a quick lunch on the fly bridge as James ran the boat from the tower. Just seconds later James shouted BLUE MARLIN right teaser with a tremendous amount of excitement in his voice! My lunch went everywhere as I quickly sprung into action and raced down to the cockpit. Without hesitation, I grabbed the pitch rod and threw the bait in the water, By now the angry blue marlin was in sight of everyone on board as she charged hard after James' teaser. The big blue was sporting a huge neon tail, bright neon pec fins and an enormous girth between the shoulders. James did a terrific job getting the teaser away from the marlin as the fish teased all the way into the boat! I watched as the big marlin circled around and headed for my bait. Seconds later a very hungry and determined blue marlin sky rocketed out of the water and engulfed the pitch bait. After a short drop back the reel was engaged and we were tight with the big marlin. The fish ran off feeling the sting of the hook and James put us in immediate pursuit. James was backing down hard after the marlin, as we frantically reeled in baits and teasers (which were now trailing off of the bow). Shortly there after we had the leader and the blue marlin at boat side and quickly released her unharmed! It was an amazing catch off Miami, our first blue marlin of the year and one I will never forget!