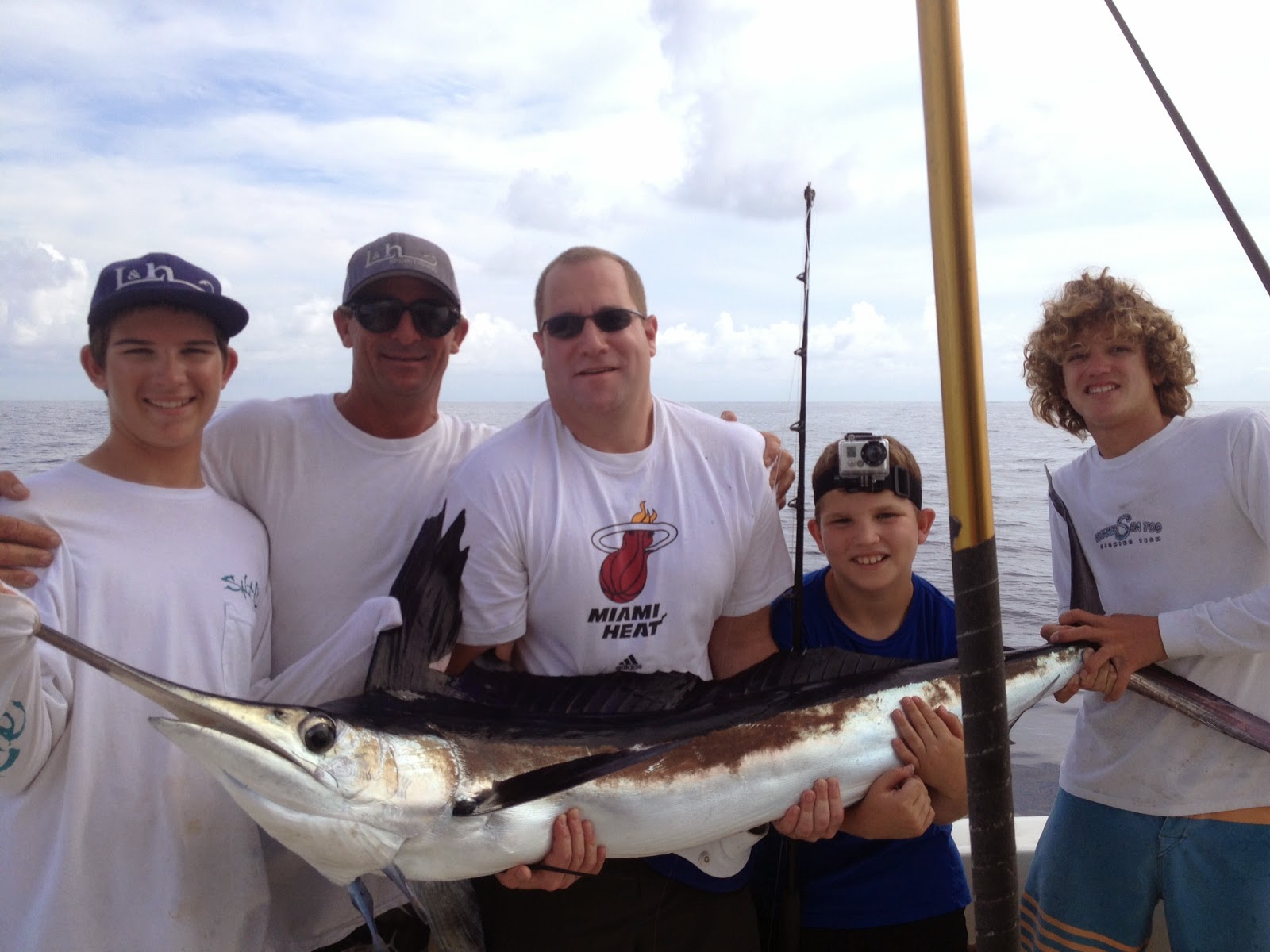 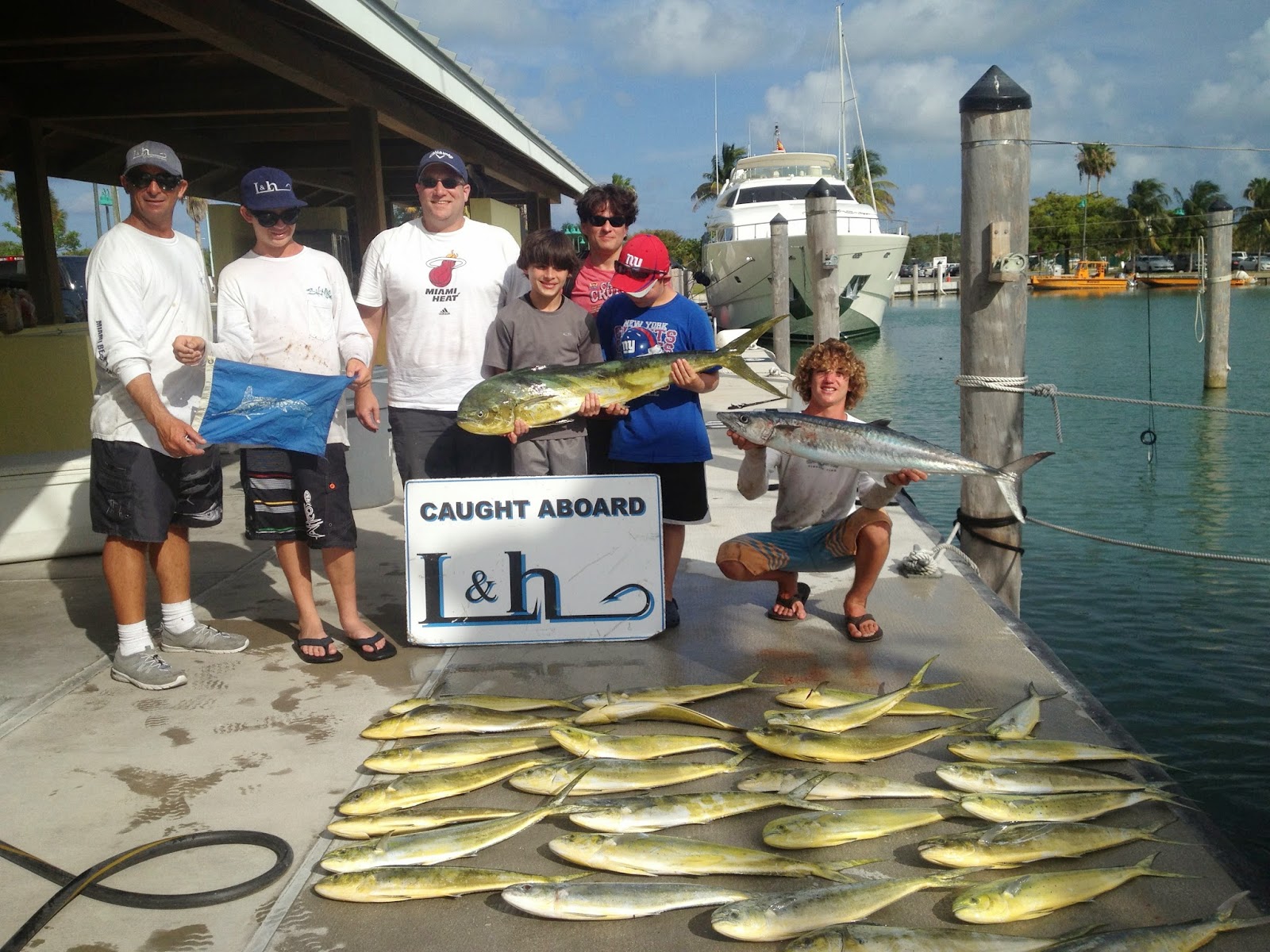 Jake Martin and his dad wanted to do some Charter Fishing so they booked Miami’s Best Charter Boat!  My son James was the mate for the day and our plan was to head offshore to the gulfstream.   A few miles offshore we put out the lines and began trolling.   About fifteen minutes later I saw a billfish behind the right long outrigger and I went to yell down to James.  When I looked down, James was ready with the rod already in his hand.  The fish rolled on the bait and James made a perfect drop back and we were on.  Everyone quickly cleared the rest of the lines so we could start to chase the fish!  When we got everything clear the fish had a lot of line out and it was time to chase it down. Jake began to get line as the L&H backed down in hot pursuit! James did a great job coaching our young angler as he battled the feisty billfish! The fish was still on the surface so we backed down hard to get close. As we charged back I could see the leader and then … I could see the fish, it was a beautiful white marlin!! White marlin are very rare and this was the first one we have caught in a while. The marlin faught hard and would go down deep for a little bit and then come up jumping! We took our time and the young angler did great. After a tough fight we were able to get the marlin by the bill. James was able to pull it in the boat for some quick photos before releasing our white marlin back to the sea unharmed!! What a thrill!!! It was so exciting, but now it was time to move on and find something else. A few miles further out I saw a big mahi on the surface and James made a perfect cast to the fish. The mahi raced over, inhaled the bait and took off jumping. Again, we started backing up and as the L&H performed that familiar reverse rumble it quickly closed the distance between the big dolphin and the end of the gaff! Moments later, James reached way out, made a perfect shot and hauled the big mahi over the rail! We resumed the hunt and started finding nice sized mahi more and more frequently! Our team was working like a well oiled machine as more fish found their way to our icy hold! As the day wore on, our catch continued to grow as we steadily picked at fish all day. Near the end of the trip the team added a few bigger dolphin to finish off what was already an outstanding day of charter fishing on the L&H!!!