Home  ›  Our Blog  ›  John Gets His First Sailfish And Then Some

John Gets His First Sailfish And Then Some 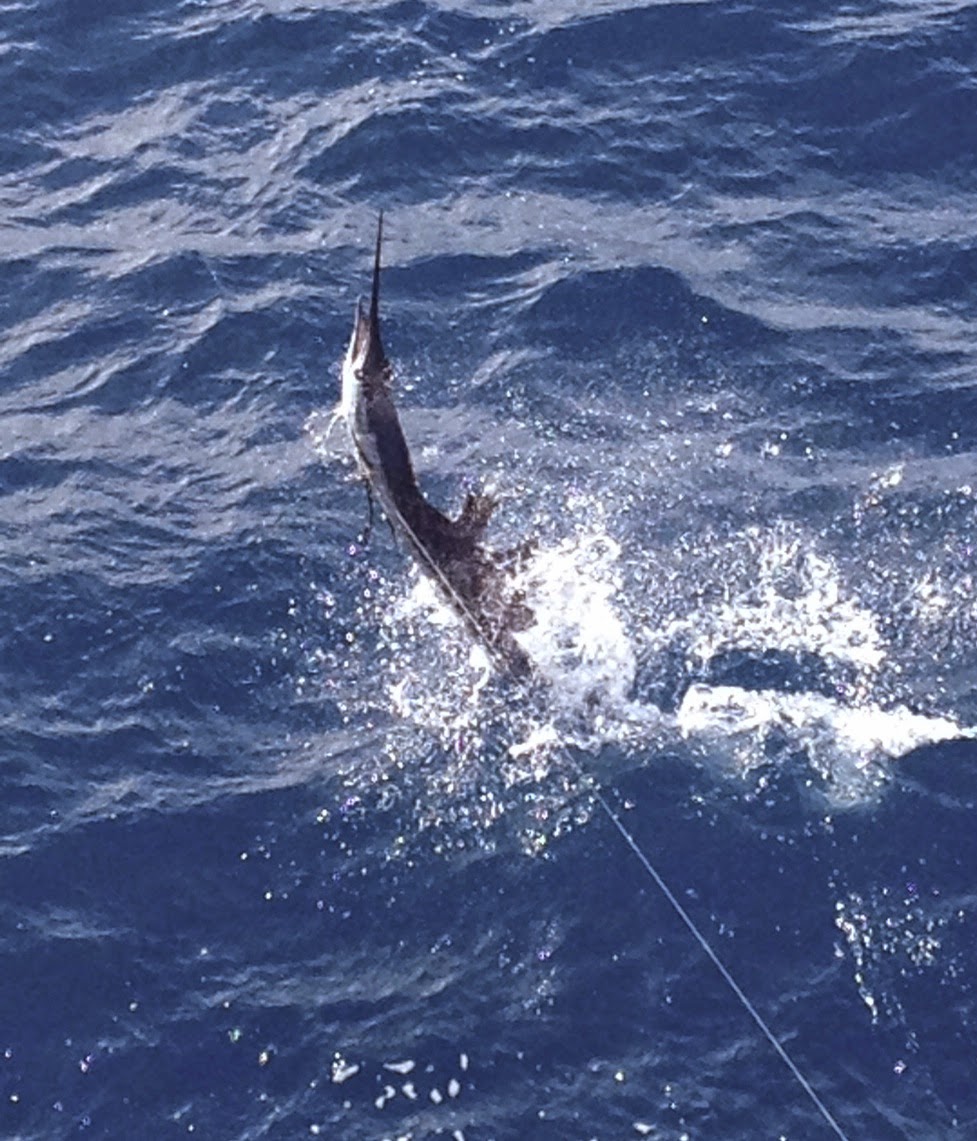 Our friends at Gaffed Up Magazine referred John and his dad to us to try and get the boy his first sailfish! The trip started out a little shaky as we had some battery issues, but the father and son were patient as we worked on the problem.  It wasn't long before we were up and running and headed out to sea.  There had been some fish out front so we didn't have to go very far before putting the baits out.  About forty minutes later a sailfish came to the right long kite bait and John dropped back and hooked the fish.  The sailfish took off for the horizon and bullbuster kite vis mono dumped off our fin-nor reel.  Our young angler took his time and did a great job fighting the fish.  After a while we had the fish at boatside and were able to release the fish unharmed.  I was so excited to get that fish especially after the rough start we had.  Once again the baits went back out and this time we did not have to wait long before another hungry sail came our way.  Just like before, John hooked his own fish and did a great job of fighting it.  With two sailfish already, the father and son team, were on their way to a great trip.  The current was pushing us north and when I saw a free jumping sail, I knew we were going to be in position to get a bite.  Seconds later, a lit up sailfish, came racing in on one of our kite baits.  For the third time today, John dropped back, hooked and released a nice sailfish.  We had a little time left, so I pushed out to a wreck that was near by.  Right away, a big sail came up, but this time John let his dad catch the fish.  Dad must have been watching his son, because he made quick work of the sailfish and we let it go to fight another day.  Just then the deep line bent over and John grabbed the rod and began to fight the fish.  This time it was a big yellow jack that we were hooked up to.  We put the fish in the fishbox and headed for home!  It was a great day of fishing with John and his father and we look forward to seeing them again soon.