Robert Kauffman Has A Great Day 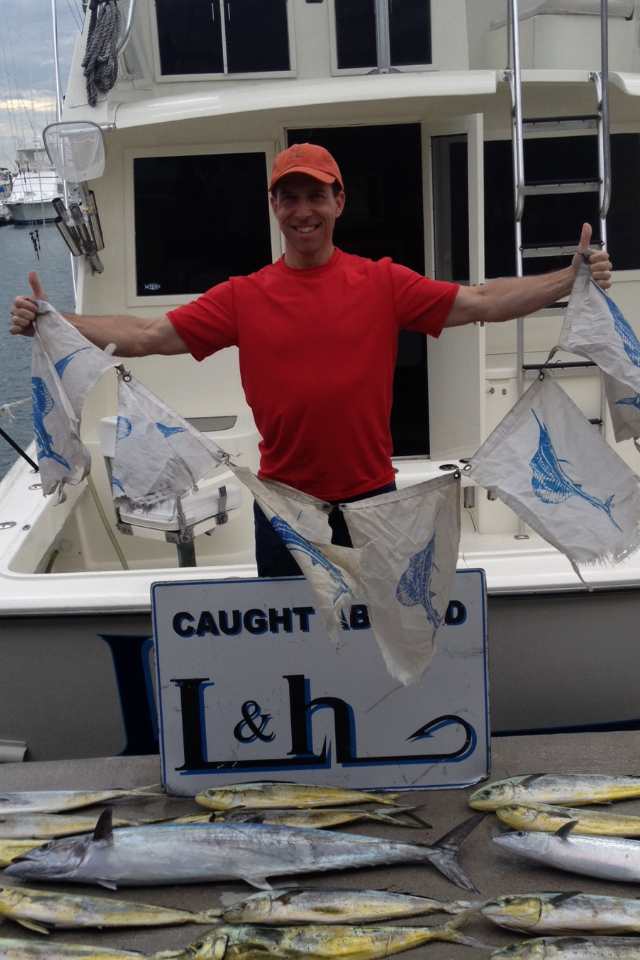 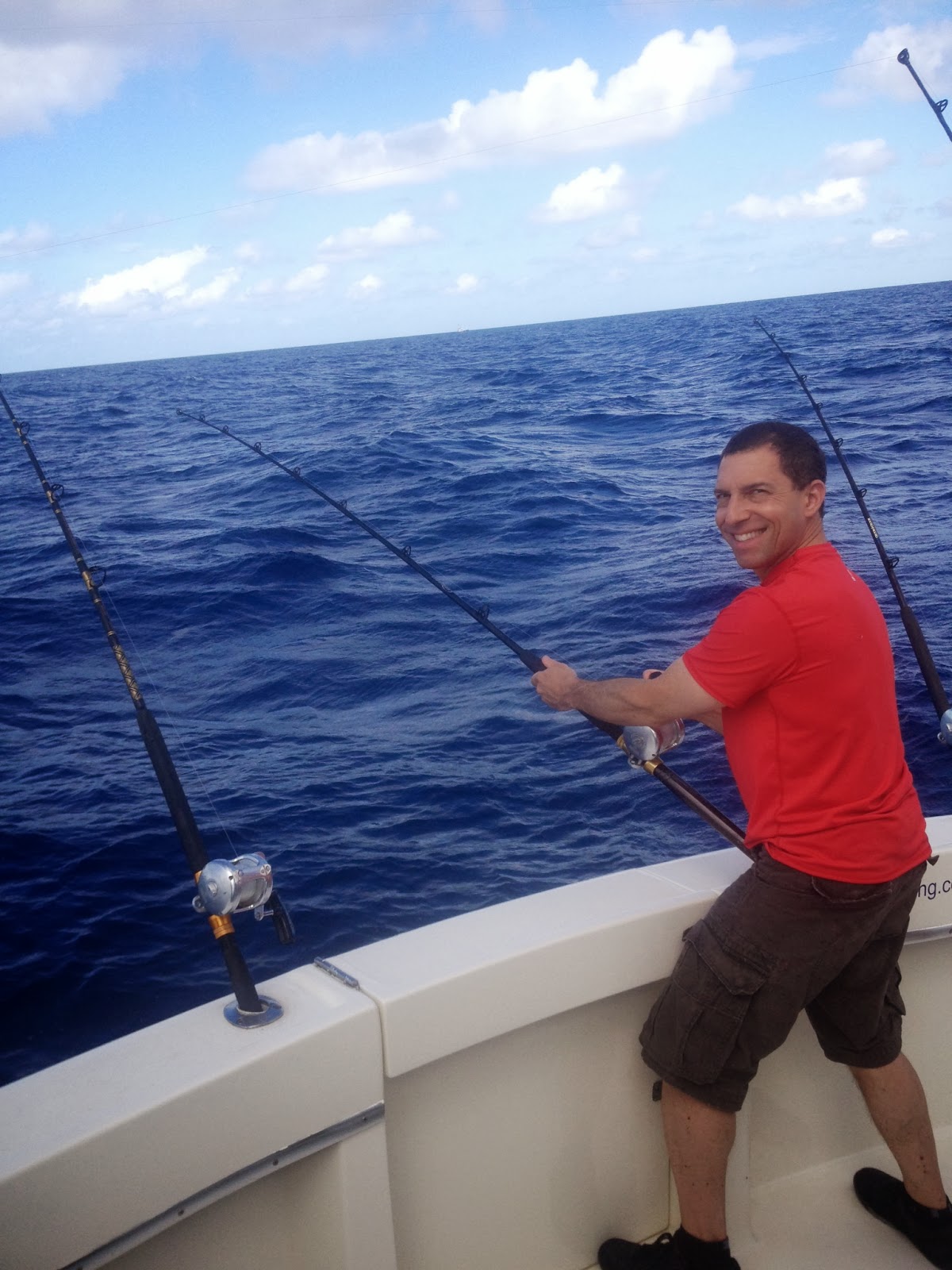 Robert Kauffman, from Greenwich, CT fished with Miami Charter Boat L&H for the first time this week. We wanted to do all that was possible for Robert to have a great day, so me and the boys left at 4:30 am and got a bunch of bait before the sun came up. As we came back to the marina, Robert was just getting there so we loaded him up with all of his gear and off we went. Robert has never caught a sailfish before, although he has seen others catch them, so that was the first priority of the day. We ran to the south and were the first boat to cross the edge. There was a nice edge with beautiful water and good current so that is where we set up. Right away a sailfish came up, but didn't bite. Then we got a sail on the right middle and it started jumping all over, but somehow the line got tangled in the reel and the fish broke off. Not long after that, Robert hooked another sailfish on the left middle and this time everything went according to plan and our angler had successfully released his first ever sailfish! The baits went back out and shortly thereafter, we were hooked up to another feisty sail. After some great runs and jumps, Robert had his second sailfish of the day! We set back up, but this time a passing sailboat nearly took out our entire spread so it was time to try something else. I steered the L&H to a shipwreck, but unfortunately luck was not on our side and we lost a couple nice fish. From there we headed north and all the sudden I spotted something chasing flying fish.  Jim quickly put out a bait and hooked a nice mahi. More and more fish started showing up and before long we had several of them  hooked up and jumping all around. The fish were biting good and we quickly added fifteen mahi mahi to our icy hold! Jim spotted a frigate bird a couple miles away and in no time we were again battling mahis! Although there were not as many in this school, Rob was still able to boat a half dozen more of the mahi mahi! Everyone agreed to spend the rest of the time kite fishing, so back up went the kites and the baits back in the water.  Almost immediately, a big sailfish came and devoured the right middle and once again Rob was hooked up!  Then another sail ate the left middle and at the same time another fish on the left short!  Robert now had three sailfish speeding off in different directions, but with all of the fish he had already caught, I knew he could handle the triple. He took his time with each fish leaving the other rods in the holders. After he released a fish, Rob would just grab another rod and go back to work. Just twenty minutes later, we released the third fish of the sailfish triple header, all by the same angler!!!  It was a tremendous accomplishment and all of us were thrilled! Very quickly the baits went back out and again we got bit right away. This fish was on a flatline with our new fin nor reel loaded with bullbuster tenacity mono.  The fish made a long blistering run and I kept expecting to see it jump, but it never did. I knew it was a nice fish and after a tough battle, Rob had a thirty-five pound kingfish at gaff! Just then, another sailfish grabbed the right middle kite bait and our star angler for the day quickly got to the rod and hooked the fish! Just like she had done many times throughout the day, the L&H performed that familiar reverse rumble as we chased the angry sailfish. After getting the leader and releasing Roberts sixth sailfish of the day it was time to head for home. We were all impressed with what a great job that Rob did today and we had a great time fishing with him! Can't wait to get you back out there, Robert, thanks for a great day!!!!!